What a difference a few weeks make in fishing. From heatwave conditions, it now feels decidedly autumnal. Summer has gone in a blur. My daughter is growing up at a scary rate and I’ve changed jobs. Any chance I can press pause and just have one more perfect summer afternoon please?!

Unsurprisingly, I’ve been a bit slack keeping up this blog regularly, so a few things to catch up on. Hence, we’ll be covering recent coarse, sea and fly fishing alike in this post. More on that in a tick, after a bit of news.

My biggest news is that I’ve switched jobs from Angling Trust to Angling Times. It’s been a bit of an emotional wrench, because I have a huge amount of respect and affection for the Trust and its staff. The work done behind the scenes is immense, as I’ve covered in so many instances in the Lines on the Water blog.

The one part I won’t miss is some of the negativity and anger on social media- so daft when it’s aimed at the very people trying to help the sport you love.  That’s all I’ll say here. It’s just a bloody shame more credit isn’t given to hundreds of staff and volunteers putting so much back.

Needless to say, just as I was a member and supporter of the Trust long before I became staff, the same remains as true as ever now I’ve switched back to journalism. Such is my fondness for the Trust that I’m still fishing for them this very weekend in the Division Two National on the Gloucester Canal. I have a great game plan in my head, anyway, which is only complicated by very deep water and almost 400 other competitors! Wish me luck.

As for where I’m headed next, I’m pleased to be focusing on what I love best, which is simply writing old school articles and news. Thank goodness, on that basis, that the Angling Times still exists, because it feels like one of the only big names still thriving when it comes to a regular read still in print. 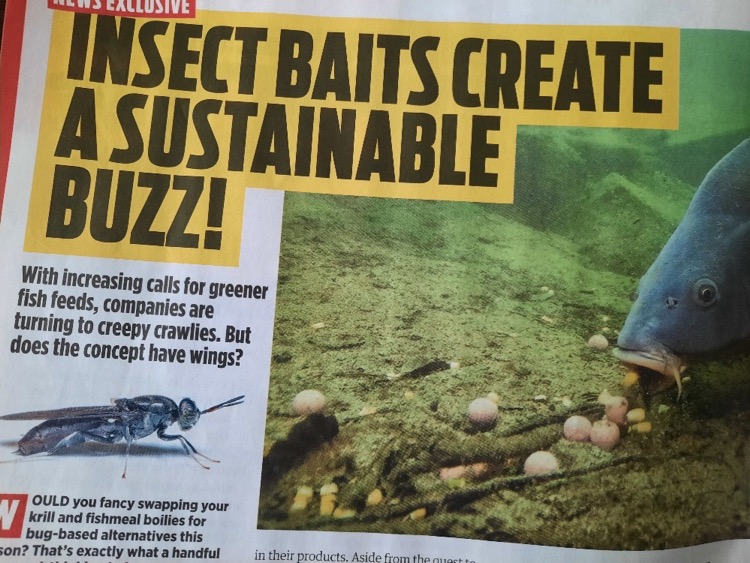 I’ve already been working hard to bring a fresh angle to things, hopefully, including a special report on sustainable baits and the issue of fishmeal, along with angling’s fight to boost the nation’s wellbeing and other big issues. Not that it’s all deadly serious, because I’ve also been looking at some out and out entertaining stuff (like my report on the unique Tiddler Fest in this week’s issue).

Do grab a copy wherever you can and support angling in print! You’re also more than welcome to email me should you have any news or comments- such as topics and methods you’d like to read about more regularly.

When it comes to my absolute “go-to” local venue, it has to be the Tiverton or Grand Western Canal. Besides having a lovely quiet, rural feel, it has a phenomenal head of fish whether you just want plenty of bites from small stuff, or the chance of a net-filling tench or bream.

Regular blog followers and fans of my “Last Cast” Angling Times column will know of my strange tastes. Hence I quite often jump between methods in the same session. In fact, one of the best ruses this season has been to put a generous helping of feed into a likely bonus fish area, before taking a long walk with a fly rod for the rudd. 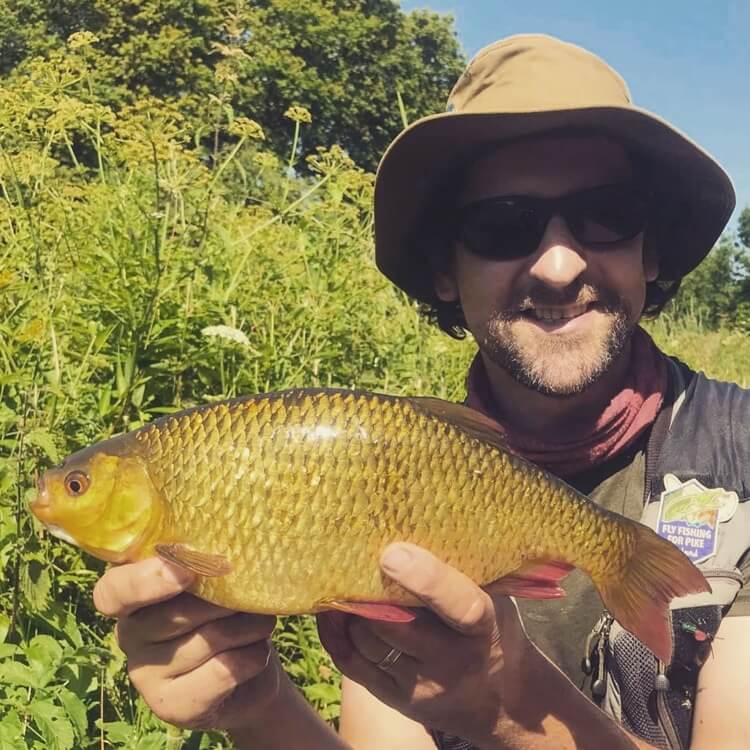 I’ve still not broken the two-pound mark on the rudd here, but got pretty close this season with a fish of 1-13 by roving far and wide. Most sessions will see several in the 8oz to 1lb stamp, too. Most of the better ones have come to trusty slow sinking wets, such as the Black and Peacock or my soft hackled Rudd Bugs. On really hot days, though, I’ve also had a few willing risers to F-Flies and Black Gnats. 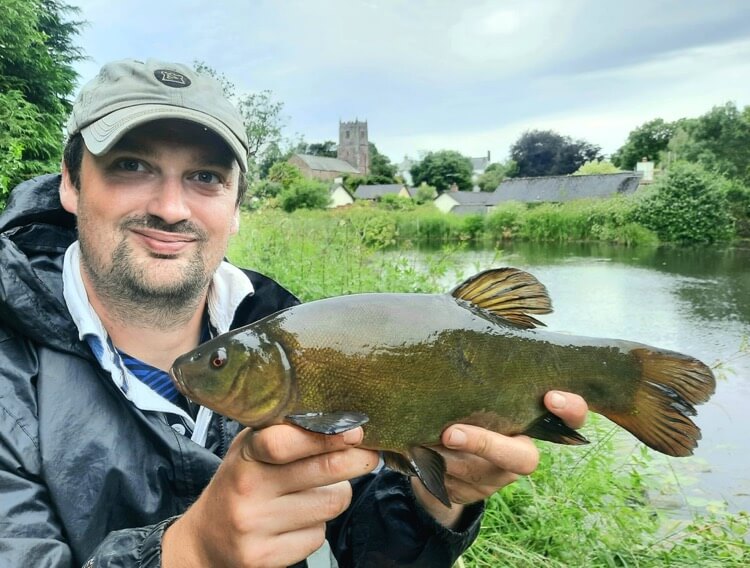 As for the tench, they’re best left to stew for a bit. Doing just that has resulted in a couple of fabulous sessions, too, at stretches including Greenways and the back of The Globe Inn. The best of it has been with my pal Lee Armishaw, with our best tally hitting double figures of tincas to over five pounds! And that was still allowing for a drive home in time to put my daughter to bed. Plenty of hempseed and groundbait with double redworm or a bunch of dead maggots on the hook seems the way to go. 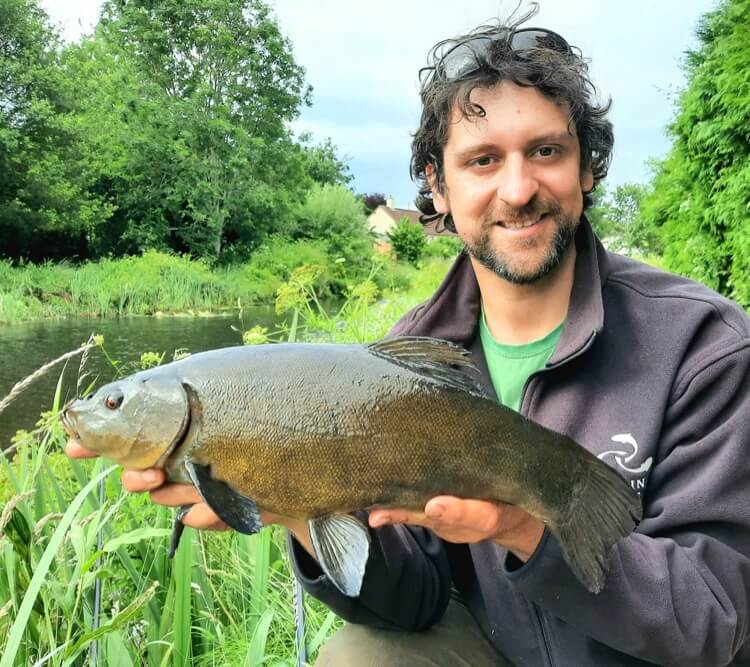 Whatever your tastes, it’s a cracking venue and steal of the century at £32 a season for some of the best natural water fishing in the South West, period. And with nearly 16 miles of it, there’s space for everyone. See www.tivertonanglingclub.com

From the towpath to the River Tone

Meanwhile, I’ve also been fishing and guiding on the River Tone on and off. I once favoured the Taunton to Bridgwater Canal for fly fishing- but to be quite honest it’s been right off now since the opening of the new boat centre at Maunsel. Excessive weed cutting and motorboat hire have turned perfect fly water into a muddy soup, unfortunately. I feel a bit saddened, but also glad I managed to fish it and catch my best ever rudd there before it got completely altered. Paddlers I have no problem with; daily weed-cutting and motorboats are another issue altogether, though, and the habitat has suffered as a result, sadly. It’s simply no longer the venue it was, although we’ll see if the winter brings quieter times and the clear water that made it so magical.

Thank goodness, therefore, for the River Tone, where there are still various stretches to go at that resemble something closer to nature, with clear water and ideal stalking conditions. Actually, I mention natural fishing, but the urban parts are as good as anywhere to get cracking. Chub tend to be the dominant species in and around Taunton itself, but there are also good numbers of roach, perch and even the odd trout and grayling.

I’ve guided several guests to success on the Tone over the summer, with both lure and fly fishing both scoring well for the chub especially. How’s this for a beautiful fish, for Matt Bone? 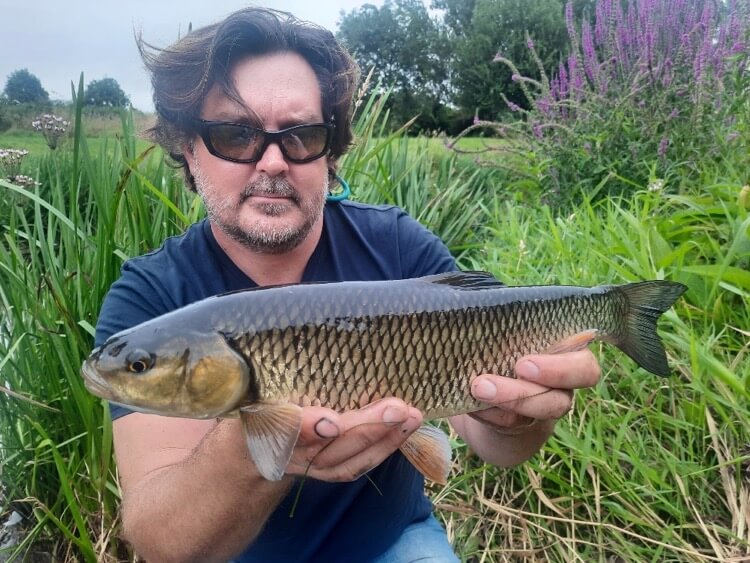 Better still, it took a large grasshopper pattern right off the top! With warm water even on the faster bits, I’m always inclined to let fish go rapidly without the need to weigh- but I’d guestimate this one at comfortably two pounds plus.

Lovely fish indeed- and they have just the right level of difficulty! A genuine challenge, with their canny instincts, but with a decent presentation you always feel you have a chance, even with the very biggest. That said, we were also tormented on this occasion by a fish of four pounds plus hanging in a tricky spot, which simply couldn’t be tempted. Frustrating, but in a funny way it’s the fish we don’t catch that keep things interesting? 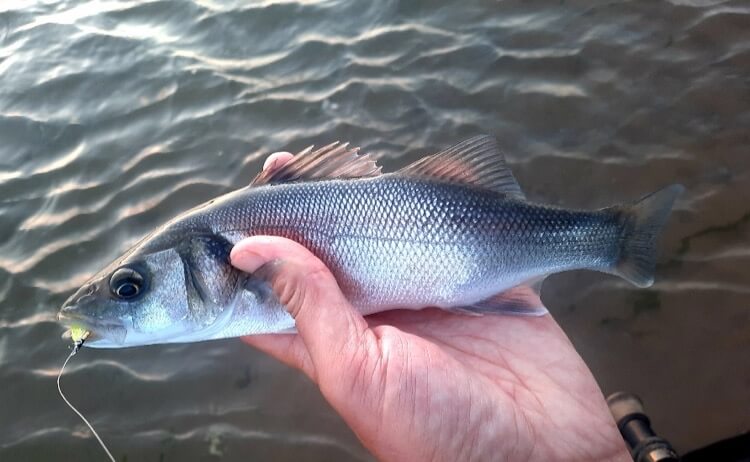 Another great bit of summer fishing in Devon is taking to the coast- and perhaps my 0nly regret is not to have done more this summer. With a lot of guiding and a young daughterto take care of , however, it’s often only a quick early-morning hit that I can manage. While I haven’t set the world alight, there have been lots of hits from smaller fish on marks either side of the Exe Estuary. 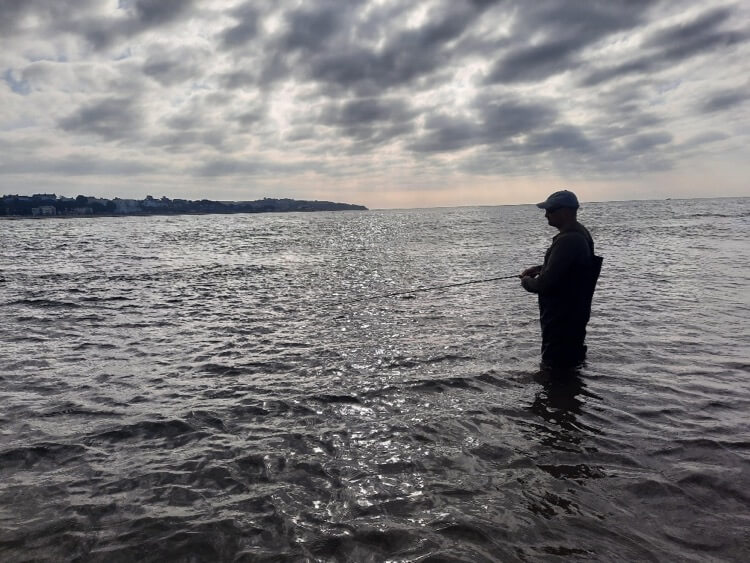 With the LRF tackle, I’ve also managed plenty of scrappy schoolies, along with the odd gurnard. The latter are especially cool fish to catch on small spoons, hopped across the bottom. Although following a letter to the Angling Times from a father and son, I now think about Jar Jar Binks when I catch one (look at the head, and Star Wars fans will know what they mean!). 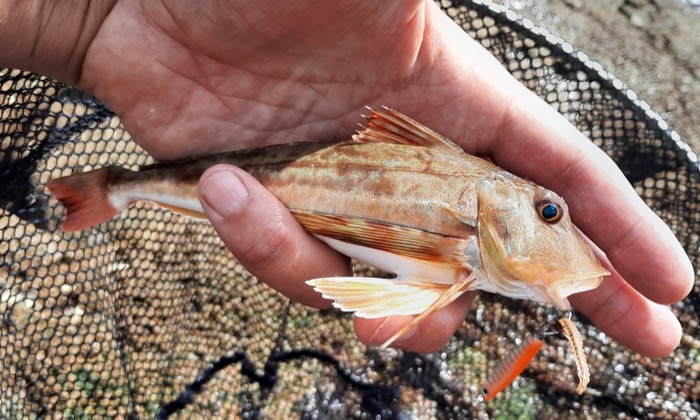 The greatest buzz of all, though, has to be bass on the fly. My results have been mixed to put it mildly, with a ton of fish from mere ounces to a pound but little close to keeper size (and even these I’d release 99% of the time). Even so, a mere one-pounder still gives a savage run on a seven weight fly rod- and surely my time will come for a big one sooner or later?

I probably should have cast a fly in anger from the kayak, but recent trips have just been too rough with conditions. When you’re pitching about on serious waves, the last thing you want to do is double haul casting or managing a pile of sinking fly line. Hence I’ve reached for the lure tackle again- and if nothing else the fish so far have been a bit better. The search continues… 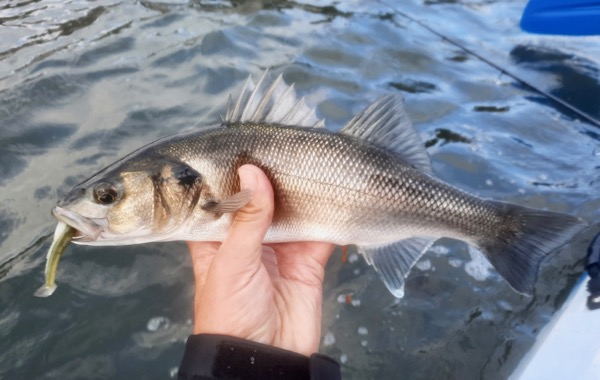 Patience with pike: why it’s best to avoid the hot conditions and summer fishing

As a final thought to the coming weeks and months, it will be pike time soon. I’m already getting enquiries about this-  and I offer pike fishing lessons and tuition in fly, lure and bait fishing right through the autumn and winter here in Devon and Somerset. With such a warm September so far, however, I’m inclined to wait at least another few weeks.

I see a lot of angler pressure even in the summer these days- and while it’s each to their own, I really would encourage others to let the pike be when conditions are hot. The fish might swim off ok, but this is no guarantee they survived. To put it bluntly, on many waters you risk killing pike by going for them in hot conditions, particularly if you fish venues like shallow canals and smaller lakes.

I don’t wish to lecture anyone here, but speak here from personal experience- having struggled to revive pike during summer lure fishing many years ago. One particular fish wasn’t badly hooked and was barely taken from the water as we had waded in. A hard fight and low oxygen levels were enough to put it in danger- the fish never recovered, in spite of our patient efforts. So yes, I’ve been guilty here, but I’m also willing to admit when I need to change my practice.

Suffice to say that in southern and South West England, especially, very few of our waters stay cool enough to fish for pike in say July or August. It’s up to all of us to think about what’s best for the fish, after all, and not just what we want to do!

Part of the trouble is that today’s social media generation want everything right now- waiting another week or month doesn’t appear to be acceptable. So please, think of the fish first and before we know it, conditions will be cool enough to pike fish.